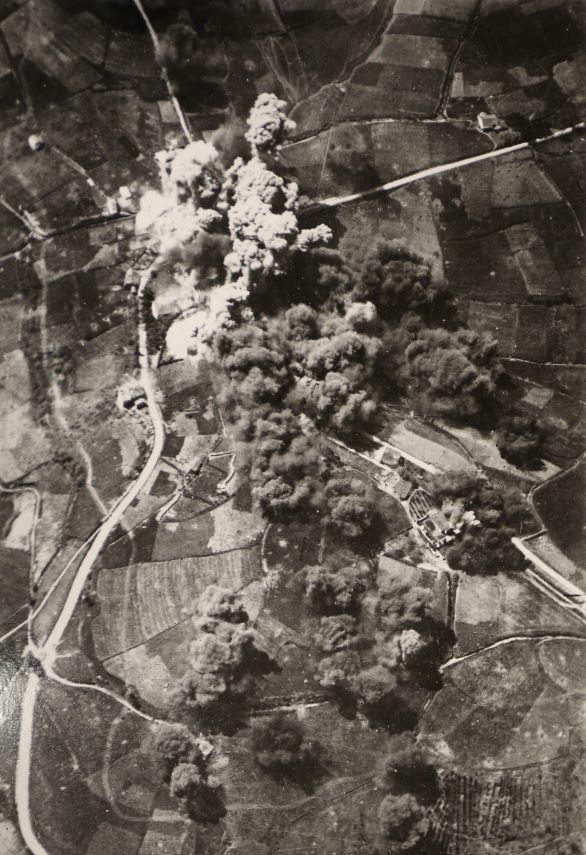 Open cities behind the lines were bombed every day. In the image, the bombing of Elgeta by Italian planes in 1937

The start of the spring offensive over Bilbao began with the massive aerial bombardments, from March 31 to April 6, 1937 on the front positions and the open towns of Otxandio, Elorrio, and Durango. As Wolfram von Richthofen, chief of staff of the Condor Legion wrote in his diary, Motxotegi Mountain "was turned into a horrible sea of flames and smoke by the aerial bombs—approximately 60 tons in the span of two minutes."

The aerial bombardment campaign over Bizkaia that began on March 31 did not stop until the fall of the last positions in the Basque Country on August 18. Only on days of bad weather did the bombers stop flying and bombing. That explains why the gudaris, or Basque soldiers, said “clear day means bombs.”

Based on General Giulio Douhet’s doctrines of war, every day was organized as follows:

This strategy allowed the German air command to confirm that “victory was being achieved from the air” since the infantry only advanced after the leading role of the air force.

As a logical consequence of this policy, most victims were civilian.