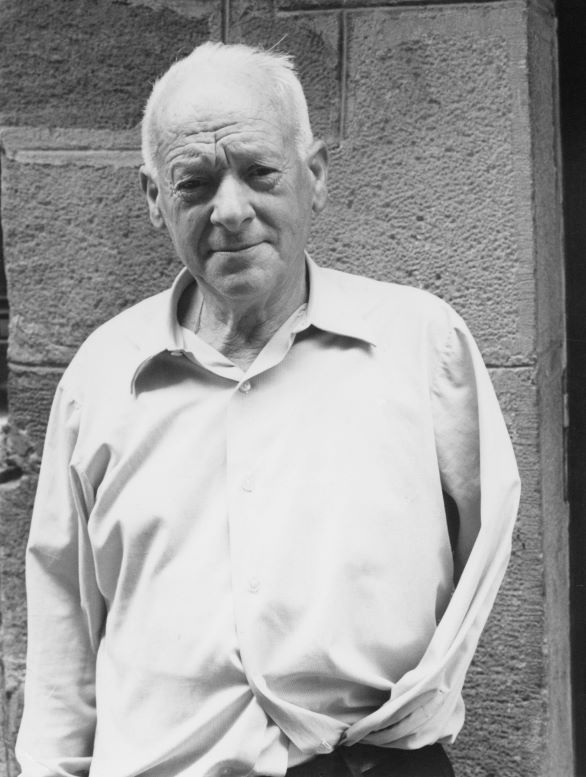 “I ran past the San Juan Church and was running through the center of town when I came upon a refuge in one of the narrow streets. It didn’t look like much of a refuge; it was just a street with a pine-reinforced roof over it but, for some reason, I went inside. As soon as I was inside, I knew that I had made a mistake. It was jammed with people. They were standing like sardines in a can. I wanted to get out of there. The bombers would be there any minute and I didn’t want to be trapped. I started working my way through the people and finally arrived at the other entry which opened onto another street. I debated to myself whether or not I should go outside and make a run for the mountain. I probably would have gone if I hadn’t seen a vacant area just inside the refuge, near the entryway. There was only one other person there, an 18- or 19-year-old girl who was crying. Apparently, the others were afraid to be that close to the entryway. It seemed like a good place to me—at least there was enough light that I could see what was around me. But there wasn’t much time now; I could hear the airplanes coming closer. I crouched down beside the girl and told her not to cry, that we would be all right. The noise of the airplanes kept getting louder and louder and then the girl blurted out to me that she had left her two baby brothers in the house above us and she had been afraid to go get them. That was why she was crying. But I didn’t have time to think about getting them. There was a loud roar of engines. The bombers were right on top of us.”

“With my body sunk to the ground, I raised my head a little. I looked up with eyes of horror; I saw a flying apparatus, and on its wings I read Junkers. In its cabin I saw two men. I watched a package tear through the air with lightning speed. Right away, an atrocious noise; it was a hand bomb that exploded on my body. I trembled. I was electrified. My breath caught. I gave a cry of pain and was buried in dirt, stones, and smoke. Struggling desperately, I got up. A great grief agitated me. My left arm was shattered. Four inches below the shoulder joint, I had a deep gash from which blood gushed out and I burned all over my body. The meat of my arm was severed, and so was the bone. My left forearm, tendons hanging from it, was mixed with the earth. I crouched down, and, with an unexpected serenity, I first grasped my injured arm with my right hand and, horrified, I instinctively crossed it over my back, and through my clothes I felt the blood run down from my shoulder to my feet like a river of fire. Like crazy, I started walking without a fixed orientation. I screamed and asked for help. The planes kept bombing. I crossed the corpses of women and children who had been killed, as they fled the town, by the bombs and machine guns from the planes. Cries of the dying and wounded destroyed my ears. I will never be able to forget that tragic picture of a woman who carried a little boy in her arms and held him against her chest. The child shouted, ‘Amatxo, hiltzera noa’ (Mother, I am going to die), and the mother, wrapping her little son with her disheveled hair, while she ran unconsciously, at random, replied: ‘Ez beldurtu ume; biak hilko gara’ (Don't be scared son; we will both die). As soon as the mother had finished speaking, a plane, descending to twenty meters, machine-gunned and killed them.”

“There was a big mansion just north of a small plaza in the northeast section of Guernica. The mansion had a stone wall around it and a bomb had fallen and broken part of the wall. Lying nearby were two girls and a man who must have taken refuge near the wall. The man and one of the girls were dead. The other girl was still alive, but her abdomen had been torn open and her intestines were hanging out. Her eyes were open, and they seemed to be pleading to me for help. I knew that she was mortally wounded but I knelt down, and she struggled to get up. I held her under the shoulders and tried to assure her that a stretcher was on the way and that we would take her to the hospital as soon as possible. She just looked at me. She never said anything. She was a very beautiful girl with light brown hair. I was still holding her and talking to her, and waiting for a stretcher, when I heard the sound of airplanes. I looked back over my shoulder and saw them. They were those ugly three-motored German bombers. They were low and right upon us. I turned and looked back at the girl. She was dead. I had seen death many times on the front, but a wave of emotion came over me. I laid her down gently and motioned for the other gudariak to take cover.”

“From where we stood, we saw the bombs fall. The planes went around and around above us. It seemed that they were seeking us. And it was true: they were looking for four women. There was a house nearby. We ran to the entrance. It was closed. Then we stuck ourselves physically to the doorjamb, willing to protect to each other. I was in the middle. A plane circled the house, shooting with the machine gun. Dust jumped before us. Suddenly we heard a sickening crunch: a bomb was dropped on the house. The trembling threw me to the ground amid stones and bricks. My eldest daughter, who was twenty-seven, died instantly, crushed. The other, the youngest, who was getting married, had time to hold my hand, squeezed it a little and said, “Ouch!” She sighed, and staring at me, died. I do not know how long I was there between my two dead daughters, blood running down my neck. After a while, I was picked up.”

“The bells always rang when planes passed over on their way to bomb Bilbao. We got used to it. That day, too, when the town was full of peasants and cattle for the market, the bells rang, but nobody took much notice. Suddenly there were crashes. I saw spurts of flame and smoke coming from the far side of the town. To the shelters! To the shelters! People began to run in all directions in a wild panic. I ran with a friend and my uncle toward a small factory where shell parts were made. There was a high wall we could get behind. Bombs were dropping incessantly; we were almost choked by smoke and dust. But no bomb hit the factory. Factories are the safest places to be, far safer than hospitals.

My uncle called out, “Let’s run to the fields,” and he started off across the street. A plane swooped down and he fell on his side with blood spurting from his head. There was nothing to do and we were frightened, so we left him. Later we both ran out through the orchards and up to the hills where we sheltered under a tree. It wasn’t much protection, but it saved our lives. The planes, five of them, circled round us for about twenty minutes on and off. We heard the machine-gun rattle, but they didn’t hit us.

We saw terrible things. One man near us had been hunting. He ran across to take shelter in a hut and we saw the planes kill both him and his dog. We saw a family of people we knew from our street run into a wood. There was the mother with two children and the old grandmother. The planes circled about the wood for a long time and at last frightened them out of it. They took shelter in a ditch. We saw the old granny cover up the little boy with her apron. The planes came low and killed them all in the ditch, except the little boy. He soon got up and began to wander across a field, crying. They got him too. It was terrible; we were both crying so much we could not speak. Everybody was being killed, there were bodies all over the fields. We had to pick them up in baskets afterwards. A lot of them.

After an age, the planes went away and we went back into Guernica. It was all smoking ruins. I went to what had been our house and nothing was left, not even a piece you could preserve to remind you of your home. There was a doctor driving about in his car helping to pick up the wounded. I don’t know how he escaped death. Sixty people had been killed in a half-built refuge. The airmen had played jokes, too, and dropped spanners and hammers. One dropped a wicker basket with food in it which hit a friend of mine.

Then they dropped some leaflets. They promised us bread and a warm hearth if we surrendered. The warm hearth will be like Guernica, I expect...”