History of a photograph 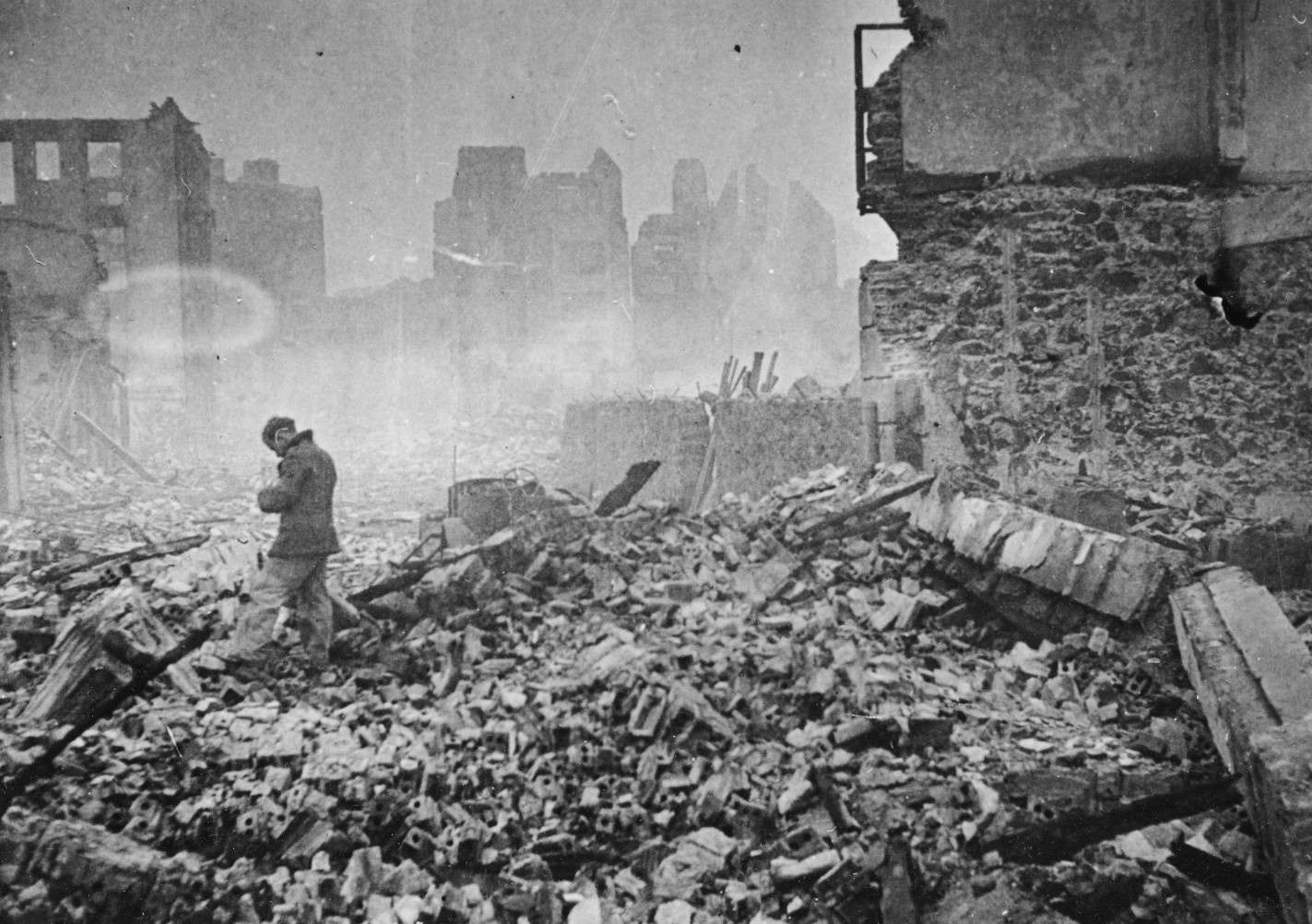 This conversation took place in an unstable time, when only ten years separated us from the lingering lethargy from years of the oppressive Francoist dictatorship. He came home in the early hours of the afternoon, under a leaden sky. It wasn't raining yet, but it felt like if the storm would drop the sky upon us. He was an extremely vital man, shaped by years of war, exile, and prison that gave him a strong, firm, and tenacious personality. At the age of seventy, he still was very active in politics. He never appeared faint or tired. We sat by the fireplace of our home in Altzuza and he started to talk while holding a photograph.

“After the first attack, we went to the city center and immediately began to remove lifeless bodies from the streets. We organized the most urgent services and assisted the injured. I don’t know how much time had passed, but we believed we were no longer in danger when once again we felt the noise of those heavy German trimotors above us. We tried to get people into the antiaircraft shelters and if they were full, we directed them to places where we thought they would be safe. Now, amid the brutal explosions of the 250-kilo bombs, there was no one in the streets apart from some animals who, like us, ran scared in all directions.

I jumped inside a wrecked house because we had the false belief that two bombs never fell in the same place. I leaned against the wall and felt that my head explode from the shock wave. My ears were bleeding and, dazed, I could not see clearly, and it was difficult to breathe. I don’t know how long I was there, unable to move and half-buried in rubble. Then, I began to hear the clatter of machine guns: the fighter planes were now strafing at those who escaped from that hell. Yes, they descended to about forty meters and shot women and children fleeing in terror, and the victims did not understand why someone wanted to kill them. Hours later, many of them would lie lifeless with those expressions of disbelief on their faces.

I lost contact with my battalion mates and continued to wander, alone, through the streets covered in smoking debris. I met my liaison, a young man from Asteasu, and together we passed the church of San Juan, which was on fire. I was surprised to see that the old Cafe del Norte on Barrenkale Street was intact in the middle of that desolation. Once again, I thought that the bombardment was over, and I sent the young man for help. I never saw him again.

On Barrenkale, I met our chaplain Andres Untzain who, together with the parish priest of Gernika, Father Eusebio Arronategi, assisted the wounded and dying in front of the skeleton of his burning church. Pale as death, he told me: “Get out of here; they are going to kill us all.” And it was true, those planes were coming to kill us all.

At that moment, I experienced an event that I will never forget. A woman, totally covered in dust, as if she were wearing a macabre off-white mask, approached me shouting: "My son, my son!" She took my arm and dragged me over to the pile of rubble that a few hours before had been her house. Feverishly, I brushed away the remains that covered the baby until I ripped my nails. Despite the loud detonations around us, I could only feel the presence of that woman next to me. She wouldn’t let me rest until I found her son. He was no more than three years old. His clothes were soaked in the still warm blood of his lifeless, broken body. I handed him to his mother in silence. She let out a hideous cry and disappeared into the smoke with her dead child in her arms. That image has haunted me ever since.

I stayed in Gernika until the next morning. In the middle of the fire, we had worked all night. The bodies of the dead—torn, burst, and scattered everywhere—were mixed with the bodies of animals. A strong smell of burning meat enveloped us. Two lambs had survived, roaming the rubble, bleating in search of their mother. Everything around me was sinister, absurd, totally incomprehensible. Gernika was a corpse.

At that moment, Faustino Pastor, a gudari from our battalion, took this photo of me. It is said that I was looking at my watch, trying to figure out what time it was. It wasn’t that. I was looking at my hands, which were shaking. Try as I might, I couldn’t separate them. Reddish and sticky, the blood of the victims kept them closed, and in Gernika there was no water with which to rinse our wounds. I remained there in silence, dejected, staring at those people whose blood covered my hands; their bodies would never be buried. At my feet, a gruesome chorus of voices screaming for their lives came from beneath the ruins. They would die more than ten hours later, in a terrible agony of fire, and there was nothing we could do for them…"

At that moment, a lightning bolt struck through the window and into the fireplace. And we all fell silent. His name was Joseba Elosegi and he was the first person who told me the story of the bombing.