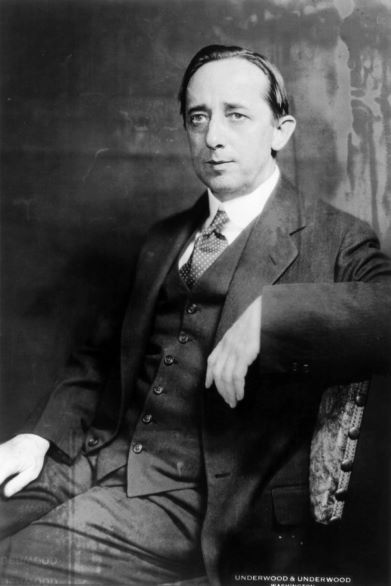 Claude Bowers, US ambassador, told Secretary of State Cordell Hull that the Non-Intervention Pact was a dishonest farce

The European democratic powers did not want to trigger World War II, and opted for a policy of "appeasement" by granting political and strategic advantages to Germany. The German high command and Hitler himself, for their part, believed that they were not prepared to face "the next war" until 1940, as established by the Four Year Plan (1936-1940) overseen by Göring.

Under these circumstances, the French government, led by Léon Blum, persuaded the British government, led by Stanley Baldwin, to offer Hitler and Mussolini a non-intervention agreement in the Spanish conflict. The proposal was welcomed by the Italian and German regimes who endorsed the agreement in the summer of 1936 without intention of complying with it. In fact, when Italy and Germany ratified the agreement in the summer of 1936, they both already had units fighting in favor of the rioters. The British and French administrations had perfect knowledge of it, too, since all Italian radio communications were tapped by the British intelligence services.

The non-intervention agreement was not a treaty because there was no written copy of it. It was never an officially signed agreement and its objective was not “non-intervention,” but rather to control the intervention of the Italian-German forces in order to avoid, at all costs, an open international conflict in 1936. It was an oral agreement in which 24 European governments pledged not to intervene and not to sell or send arms to either side.

US Ambassador Claude Bowers accused in his August 30 1937 report addressed to Secretary of State Cordel Hull the farce of the non-intervention committee:

“The Non-intervention Pact was proving itself a dishonest farce. The Fascist powers fought just openly, defiantly, with arms; most of the democracies fought just as effectively, if unconsciously, as collaborationists of the Fascist under the mocking cloak of “non-intervention.” When men of good minds assumed that Italy, Germany, and even Portugal were observing the pact, the dishonesty of the pretense stood out like a sore thumb. This pact has become a mockery by October 1936. It denied the Spanish government arms and ammunition while turning a blind eye to the glaring violations by Germany and Italy. Arms and ammunition poured into Portuguese ports, and without inspection at the customs were hurried through to Franco’s forces. It was common knowledge. Later, deliveries were made openly through Cádiz, Vigo, Pasajes, and Malaga. On September 16, 1935, John Whittaker, Hubert R. Knickerbocker, and Floyd Gibbons, war correspondents, informed me that rebel aviation consisted largely of German bombers and Italian pursuit planes, and that in Seville they had seen German officers in the cafés.”

The manifest violation of the agreement on the part of the Italian and German governments, forced all the administrations involved in the agreement to lie to the press and to their own fellow citizens, and the war—a prologue to World War II—was emphatically called the "Spanish Civil War." The recurrent denial of German and Italian intervention by the British and the French administrations, gave rise to the expression coined by the British journalist Claud Cockburn, "Never believe anything until it is officially denied."