The Basque front in the spring of 1937 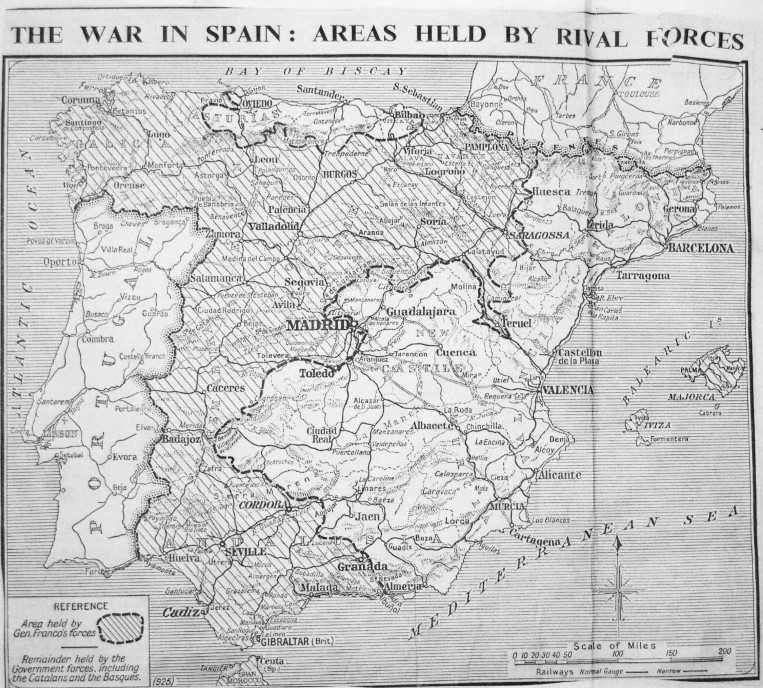 US Ambassador Claude G. Bowers’s map showing the area controlled by the Spanish rebels in grey. In the north, Bilbao is still resisting the rebel advance

General Franco's troops advanced rapidly from the south on Madrid, which they were unable to capture.

On the Basque southern front, Colonel Camilo Alonso Vega advanced north from Gasteiz and occupied Legutio on July 22, 1936, and there he was stopped in his advance toward Bilbao.

General Mola's troops in the Basque Country advanced from the east in Pamplona but could not capture Bilbao. Lieutenant Colonel Alfonso Beorlegui occupied Irun on September 5; Donostia fell on September 13; Bergara on September 22; and, after the capture of Ondarroa on October 4, the front stabilized on the line marked by Ondarroa, Markina, Eibar, Arrasate, Legutio, and Urduña.